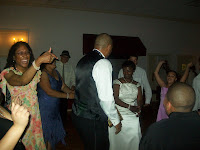 I woke up the other day and noticed I had cellulite.

After giving birth to six kids and turning forty-five, I would expect to see some of the wrinkles, dimples, and children's coloring project on my legs. They were all earned and each has an history.

That brought me to thinking about my life and the lessons over the forty-five years.

I am warm, sensitive, outgoing, caring, creative, intuitive, generous, giving, embracing, forgiving, and nurturing. I am also impatient, distractable, and cautious. I am me and I love me.

It sometimes takes people well into their seventies or eighties to decide that they love themselves. This journey began for me probably fifteen years ago, I'd venture to say it began over twenty years ago, but I'll give it to the last fifteen.

Before I turned thirty, in my college years, in my twenties, I was headstrong and determined. I had already overcome the murder of my first-born and a lifetime of emotional and verbal abuse from my step-mother. I knew at that time that I could not stand the same company of most women and only counted a few in my intimate circle. Having grown up in a household with a domineering and bullying woman, I didn't feel like being bullied by a bunch of sorority women who kept getting kicked off the yard. Years later, this is the only thing from my college years that I do regret, but I digress. In my early twenties, I was already the holder of one degree, taught myself how to drive, had my own apartment,and a full-time job with benefits. I was a full-time college student in the evening and managed to keep a decent GPA. My life was directed and focused and I had already eliminated wholescale people from it.

Along the journey to thirty, I married, had sons, moved to a major metropolitan city, and was again focused, directed, and determined. I kicked my first husband to the curb when he decided that being a kid was more fun than being a husband. Having been less than a decade from my childhood home, I was not about to live with a bunch of fighting or domineering. My life changed and I became a d-i-v-o-r-c-e-d mom. That also was a pivotal change in my spiritual life because I had grown up with a few truths - wait until marriage to have sex (missed that as a teenage mom), do not have children without being married (oops, missed that one), do not get divorced (oops, definitely missed that one). Since the truths I had grown up with did not pane out in my life story, I had to define a new truth.

Probably one of the biggest life lessons for me was that God really does love me. As a daughter of a theologian and in an era where it was more about religion, showing up, and making sure you met the requirements of the people, it took a long time before I came to know the Lord personally, intimately, and lovingly. I always knew HE was there and HE listened, but didn't know that HE really was into me and what was going on with me...and that HE had a plan.

One thing I knew about myself was that I was strong. After I divorced, I stayed in that metropolitan city without the benefit of family or really friends. I worked full-time, took classes when I could trying to finish that senior year that was halted with marriage and sons. My life was mine, defined by me - not my parents, not my extended family, and not my ex-husband. Child support was something that was like dandelions in the wind so I figured out how to broker my degree to the executive administrative assistant ranks. I had my own flat, benefits, my sons in private school and was defining life on my own terms.

Looking back over my life, I see the lessons and the journey. Things that I have experienced have been to shape me and mold me to the woman I am today. I found a voice that became buried in my late twenties under the weight of religion and those oppressive Word of Faith churches or mega-churches. You know the ones, the ones that are welcoming and great at praise and worship, introducing the sinner to Christ, and teaching the unadulterated Word of God. But they are also (not all, but my experience over the last eighteen years) oppressive and put yokes on people that Jesus warned the Pharisees about. I fell under those yokes partly because of those little voices from my childhood condemning because I was divorced with sons. So I threw out my doll collection because it could've been evil spirits, I threw out what little "worldly music" I had, and I put on the long skirts. I was already not really wearing make-up because I loved my natural self so that wasn't hard. I picked up the Bible and devoured the Word of God. It was the best and the worst time of my life.

It was the best because I studied independently and learned what the Lord said. I discovered HIM and loved HIM. And as long as I was focused on HIM, I was fine. The best book, God rest His soul, was written by Bill Bright, The Steps to Christian Maturity. His Bible studies opened up the word like it was a hidden treasure. And it was the worse. Why? So what happened? People! You know, the ones that try to be God and tell you how to live this life? The ones who keep telling you about sin and not about grace. Who can tell you how to live holy except the ONE who is holy himself!

My journey eventually brought me back to myself when I left that metropolitan city and still lived two more years trying to be that rule-keeping woman that the church kept saying I should be. Following a bunch of rules is a yoke and can stifle the spirit. I learned that in my journey.

By the time I was thirty-three I was done with the spiritually-binding, condemning, without-grace churches. I left. I still loved God and embraced HIS word even more. Once I was had my confidence back and was assured that I was not going to hell because I left that church, I was able to forge a new and different relationship with my Savior. Life lessons, HE really does love us and is really intimately involved with us if we look to HIM. And I just talked to him.

In the middle of that journey, I had a great job with a great mentor, probably didn't realize how much I learned from her at the time, not until a decade later. I met some friends who I cherish and hold dear to my heart who are like precious jewels to me. They are the ones who proverbially held my hair back while I threw up, they KNOW me and STILL love me, they are not going anywhere, no matter who comes along.

My writing opened up the possibilities in my voice and people actually asked me to create for them. I took hold of my future and finished that degree, even went on to get a graduate degree. I also was able to be a life-giver, being a living kidney donor with the recipient taking my live and working kidney to the grave - his heart failed but my kidney was still working! He had eight more years of giving knowledge because of that gift.

My life changed in big ways in my mid-thirties. My dad was diagnosed with inoperable cancer and died six months after his diagnosis. He was my rock, a strong, silent, gentle giant. It rocked my world and I still miss him. His death ended a painful chapter of living at 311 Gordon Street. My brother and I stood at his grave site and realized we had no more reason to come back to that city. We had honored him and never disrespected his choice, but we had to also acknowledge the hurt his choice cost us. We put that lost childhood to a proper rest also.

I can never say that the remaining decade from when my dad died was the easiest. Challenges and experiences continue to happen. Learning to live a full life continues, learning to trust oneself is a continuous journey.

Standing in the mirror and looking at my cellulite, I reminded myself of my promise to me a couple years ago. There was still time for me to color my world and start something memorable. And I have. I've written stories and been commissioned with my poetry. This narrative has been a doorway. I've mentored and taught young girls from the vantage point of one who has been there. My nurturing has allowed my cache of children to reach into the double digits, my door always open.

I learned to speak up for what I need and not diminish it because of someone else. It was a woman-lesson because we are often the ones to put our needs aside for the expectations of another. Just recently I had that talk with my husband, kind of a, this is who I am and this is who I will be talk. He had no choice but to listen and realize that I was not going to allow him or anyone else to box me in, I am coloring outside the lines.

Even learning lessons before my birthday, my mama-sister gave me a new word - flourish! I love that word. It was a lesson she gave me sitting at a little table at Park 54 in Hyde Park, Chicago. She reminded me of the destiny still unfolding for me and the path I have yet to travel. She marked a turn in her life by going to South Africa over fifteen years ago. I thought that was so brave and she let me know that same bravery was in me.

When I look at my daughters from my thirteen year relationship and nine year marriage, I realize my life lessons are for them. They are the jewels that spring from my diamond mine. Each one a reflection of the promise from my foremothers. They will be mighty women and will change the world. I cherish the gift they are to my later life, born when I was 37 and 39, respectively. And they will have what I didn't have - a mother to guide them and love them and nurture them and accept them, even if I disagree with their choices. And they will have a mother still adventurous and curious. And a mother true to herself and with a voice to say what she needs. A mother with a voice.

They have a mother that dared to dance. I shed the heavy coat of the "don't" and "can't" and "should'nt" to put on the pashmina of "yes" and "why not" and "try it" and "live life." I danced at my cousin's wedding until all the guests were gone. I reached across the aisle to meet and cherish friends outside my race. I embraced the joie d'vive! And not that I have a hold of her, I am not letting go!

Life lessons are what enables us to be connected to each other, infusing and unfolding the lines, curves, graying hairs, cellulite, and dimples that come with the journey. It has all been worth it.
Labels: acceptance Bible black girls black women Jesus life life lessons love Word of God

Must We Die Exhausted Though?