A Moment on Health Care

Posted by Tayé Foster Bradshaw on November 08, 2009
After much debate and pointing and accusing, the House finally passed the Health Reform Bill.

Health is paramount in my house.  Every day, every meal, every night, it is first and foremost on my mind.  We have very real concerns about having universal health care.

We have asthma.  Myself and my two daughters are often plagued by the airway constricting and frightening gasps for air that accompany these bronchil spasms.  Our heart races and the inside of our chest feels like someone turned on the furnace in 100-degree heat.  Our chest heaves in and out and we squeeze our eyes shut willing more air to squeeze through.  An asthma attach is frightening, even if you know the triggers and have lived with it your entire life like I have.  It is even more frightening when you see it repeated in the faces of your daughters.

As if that is not enough, my youngest child battles daily with eosinophilia.  It was described to us, when she was sixteen months old, as asthma of the GI-tract.  Her stomach and intenstines are often subjected to the same kind of violent attacks that happen to our lungs, except instead of gasping for air, she is gaging, gripping the toilet, throwing up buckets.  The onset is sudden, sometime as a result of accidentially ingesting an offending food like milk products, or simply the result of being awake.  There is no cure for either one, no rhyme or reason why she is stable one minute or sick the next.

Health is very important to us.

My daughter is now five and has had intermittent battles with the toilet as a result of a medicine cocktail that results in some of her hair falling out.  Cure one thing, affect another.

We eat nutritiously and I cook from stratch.  We eat organically when we can and she has learned to love fruits and vegetables that most kids her age would frown up at.

Yet, she has to take close to $120 per month worth of medicine (and that is with insurance) to just keep the symptoms at bay.  Even then, she wakes up at 2am gasping and coughing, often the cough from EGID causing asthma to flare up, me rushing for the breathing machine and a mixture of ipatropium and albueterol.  She finally settles down for a sleep and wakes up chipper.  The child is resilient.

It is her resilence that kept me going in the fight for universal healthcare.  If my husband took another job or we moved or something happened to our university health care, she would not get coverage by private insurance.  Asthma?  EGID?  Eczema?  Seasonal Allergies (allergic to every grass, tree, bush, mold and pollen in St. Louis).

I smiled this morning when I saw the flashing headlines on my computer.  I wish I had been hawake shortly before midnight to see the historic vote.  President Obama has moved the bar on something I voted for.  My daughter's illnesses and cost is only a fraction of what this family spends on health care.  Her quarterly surgeries, her doctor's visits, her medicines, added to everyone else's trips to the doctor and medicine, makes it a college-tuition worth of bills. 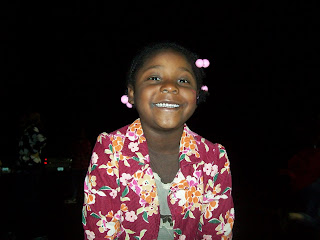 Is the bill everything everyone wanted?  Certainly not.  There are some who argue about the abortion ban introduced by the Michigan congressman.  Others who fear overweight and obese people will be mailgned.  To me, it is simply a first step in the right direction.  It goes to the Senate and then the President.  It will be one step, an important step, a historic step.

And that is a worthy moment on health care.  Maybe then we can breathe.