Are We Awake Yet?


I have always found it curious that the “haves” of this country think they are so much better than the “have nots” simply by accident of birth.

Today, I took my daughter to her violin camp (see, even that makes me one of those bourgeois blacks!) and decided after a pit stop at the county library to pop over to Plaza Frontenac for a moment to relax, after all, why drive all the way back home.  Walking through the polished brass doors and getting my complimentary coffee at the concierge desk, it hit me, all of this consumerism is to have a badge, a purpose, a raison d'être.

It is all so hollow, stuff for the landfill, decidedly American, a way to show that I have, look at me, I am worthy because I am wearing…name a designer! 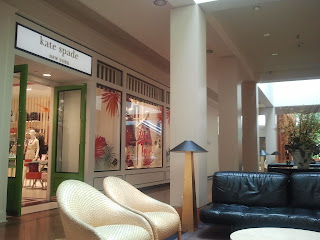 I’m sitting here on a designer leather contemporary sofa with my laptop on a granite table surrounded by MAC, Kate Spade, Juicy Couture, and Talbots.  What have we done to ourselves?

The questions reach beyond race even and cut to the issues of class.  The Lords and Ladies of the Manor in Europe (remember the teen queen, Marie Antoinette who soothed her aching heart because her husband refused to sleep with her?  She was the epitome of shopping the hurt away and indulging in exquisite shoes, clothes, and designer desserts to fill a longing of soul. Or even more recently, the televised and world wide extravagant celebrations for the Queen of England’s Jubilee.  The Monarchy sent one of the royal princes around to all the colonies to spread a little royal happiness to the “subjects.”) have left an indelible mark of constant wanting upon the collective American soul that has taken such a bruising, we do not know who we are anymore.

I am speaking of the American community at large.  I do not “shop till I drop” because I realize the emptiness and futility in it – and because those so-called “designer” brands could care less about me – a middle aged, educated, black SAHM.  But still, the American psyche, is still convinced that once we were told to "just go shopping, go to Disneyland" after our collective hearts screamed for our mothers a decade ago, we found that it did not get better, we are worse off then we were then we met the bogey man...and he is us. 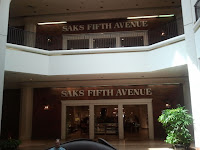 A decade of an unpaid-for-war, a decade of shopping, a decade of lost opportunities, a decade of joblessness, homelessness, lawlessness...perhaps we think the only thing we can control is what we wear, the credit card, debit card, cash plopped down on one of those gleaming black counters to signal that we are here, that we deserve that $4 piece of chocolate from Bissinger's...our collective pacifier.
But, just like we learned in 2007 and still in 2012...the bill will come due, a reminder that we are not awake yet from this nightmare...where is 1994?

When will we wake up?  The collective we?  The we that knows that nothing will “trickle down” from that thirty-year-lie except empty promises, corporate control, and more debt.  The we that is tired of the billions and billions spent on political ads to grab more and more power at the expense of the huddled masses.  Tired of the all-out-assault against the man in the highest office in the land simply because some of the us in this collective we think that someone who looks like him should not be there, take back "our" America...and go shopping in those exclusive stores, those shiny places who never meant to sell to the masses and people in the wrong zip code. 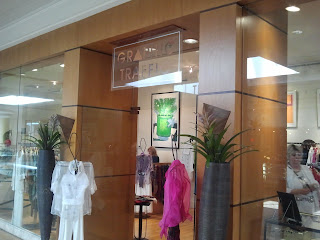 Has the alarm clock shaken it's shrill warning yet?  That loud, penetrating, incessant, iritating whine that demands attention? When will the collective we wake up and remind ourselves that we overthrew the British government because we, Americans, did not want to be ruled, controlled, and manipulated by the moneyed few, the very designer rags that say we must wear $500 jeans to go with that $200 shirt and $265 shoes? We are what we wear, right? Not what we read or think about, none of the degrees, or friends, or anything matters except the runway question of "who are you wearing?"

Sitting here, surrounded by such extravagance, ladies in what they think is couture, a virtual marketing textbook of brands, I wonder if it will ever happen.
2012 Jubilee consumerism designer clothes exclusive malls Frontenac Ladue Queen Elizabeth shopping