Sacred Space: "You Are A Powerful Black Woman."

Posted by Tayé Foster Bradshaw on August 05, 2015
When one is met with life without a mother for the majority of those years of life, one is often left wandering in a sea of uncertainty, sometimes insecurity, and always a feeling of disconnectedness.

This feeling has followed me the majority of my life because I was four when my mother died. I was seven when my father remarried and was sixteen when that eleven eyar nightmare ended wiht me moving to another state.

To be unmothered is a place that leaves one keenly observant and keenly aware of the emotional hurt and need in others.

When Mike Brown was murdered in August 2014, the eternal mother in me sprung into action. To know one needs comfort is the keen awareness of one who most needed it in herself. I recognized the need to gather the children together and make them feel safe.

It was in that safety gathering that I realized there was a piece of vulnerability in me that I protected with helping others, with writing, with nurturing, but still needing to tend to that scared nineteen  year old girl.

When one needs to come to the safety of recognition and healing, one is most exposed and in a vulnerable state that could easily tip the scale. That has been one reason I closely guarded the heart and controlled the narrative around my first born's murder.

Enter the call for sacred space.

The women clergy and friends in St. Louis recognized that there were more mothers than Lesley McSpadden mourning the unnecessary and untimely murder of their son.

These were women without hashtags, without social media posters honoring their child's life, without media attention, and without foundations to fund their travel around the world to tell of their pain.

There was a part of me that felt I didn't belong there, after all, my first born had been killed thirty-three years ago, I should be over that pain, right? He was a baby, so I didn't have long to have him, not like those whose children were sixteen, eighteen, and twenty when murdered.

But then something made me change my mind.

It wasn't for the women who called the event, some of them noted names in the Ferguson movement, it wasn't for them, they just used their platform to gather the space , to see the need, to honor the heart.

I registered. I found a photo of my son And I went.

My first greeting was of two women I have been in activism with who asked questioningly, "you are a mother?" One said, "oh, I didn't know." I don't think she knew how to encounter me for the remainder of the four hours that we were in that space. The other, a rabbi, said, "no wonder you are such a fierce advocate. I will keep speaking your son's name."

When I entered the room, a well known woman preacher greeted me with a hug, "Mama Tayé, Cory Mattered." She spoke his name, acknowledged his existence, and hugged my tears and felt the release of my shaking frame.

I joined a table of other "cry babies" as we called ourselves. We were in commune together, black women who had joined an unwanted sisterhood of other black women who lost their children. In sitting down and looking around the room , I realized I was in a four-hundred-year-old sisterhood of black babies being killed in America.

We were in sacred space and allowed to shed our "strong black woman" cloack to do something they said black woman couldn't do - love, nurture, and support each other to a place of healing. We knew we would never be the same since the loss of our child, but for those hours, we had solace in each other.

The journey from writing to sanding to watering to holding to crying to screaming allowed for a release of a primal call that was for all the souls lost. We wanted justice, we wanted change, we wanted life.

It was in that moment that a powerful healer surrounded me and hugged me as words were poured and thirty-three years released. She pressed on my abdomen , the center of soul and spirit, and told me to let it go, to let it go from deep within, and I roared, I screamed, and I cried. She looked me in the face and said, "You are a powerful black woman."

When the evening was over, I knew something shifted. I let that scared nineteen year old girl enter a space of womanhood and confidence. I knew in that space that I didn't have to doublecheck or reevaluate or wonder if my contribution was enough, if my credentials were enough, if my education was enough.

I walked out ready to keep going.

I lived through things that would break the spirit of many.

I was still standing.

As a powerful black woman.

And that was enough. 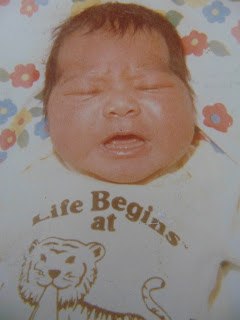