Standing Silent In the Storm

I absolutely could not write.

That is something hard to comprehend for one whose very existence is in words.

The words were there and waiting to emerge to make sense of all that was happening around me.

But I could not write.

After several years of writing, talking, warning, speaking, and generally raising awareness about the dangerous shift in the country, I just stood silent and wondered if it was making any difference.

In the past few weeks, we've had more murders, mass shootings, another black man killed by the police, two mass shootings before we even had a chance to finish grieving over what happened in Paris, and the everyday slights that exist in black and brown skin.

So I just did what any self-respecting introvert would do, I crawled into my bed to drown out the deafening silence of complicit accepance of hate.

The last two weekends, I spent pretty much at home, a couple of those days literally under the covers binging out on Netflix. I even logged completely off for a few days, and for me, that is a long time.

Just plain tired of trying to wake people up, but knowing that if we don't, the darkness will descend upon my grandson's generation just as surely as it was in my foremother's generations.

Tiredness can not remain, however, even as one's soul is exhausted by the vehement rhetoric of hate.  We can't stop, we can't, so I rejuvenated and stepped back into the frey.

The country is in a dangerous place of complicity and complacency. It is a stuppor that several young activists and not-so-young organizers have been trying to call attention to for over a year. We have disagreed on tactics and kept urging for strategy, all while the movement was calling attention to an evil that threatens the very fabric of the country.

Back in 2001, after 9/11, I remember the whole Faith Popcorn mantra of cocooning and nesting. It was "cute" and an entire marketing campaign was created on home décor. There was an unsettling in that mantra, though that I felt. It was the marketing of fear.

Then we went to a false war and as I recently celebrated my last child's twelfth birthday, I realized we have been at war her entire life.  We can't keep doing this.

The thing I started 2015 writing on my social media was "Get Uncomfortable" and "Wake Up."

One of my good friends asked me who was my audience, who was I trying to reach since the majority of the people on my page were family and then those already involved in social justice. I thought about it and responded that I am trying to reach all the rest and the silent ones.

Silence is acceptance, that was another well shared facebook post. It was in meme's and attached to articles from social commentators who were daily writing and speaking to the masses about the danger we are facing. Yet, all around me in my cozy little suburb, folks are having lattes and hanging holiday lights like everything is ok.

We can't just proceed as normal. Normal is not normal. It is not normal to kill someone over a traffic stop, to walk into a church or theatre and kill people, to rape women at the end of a badge or to slaughter life while claiming to be pro-life. None of that is normal, neither is turning a blind eye.

To look around and see what is happening is to acknowledge it, to have a reaction to man's inhumanity to man and to respond. We must respond. Even if the safest thing to do feels like cocooning and nesting at home, to crawl under the covers and veg out on Netflix. 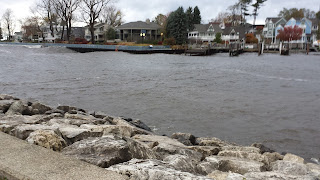 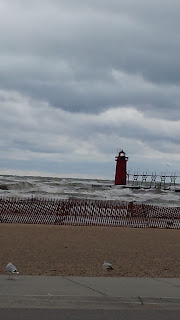 There is one moment when one is frozen in place, where one must stand still, to test the wind and know which way the storm is coming. After that, one can not be silent anymore, one must act, if not, destruction is left in the wake.

We must speak up.

Standing silent is not an option.

Tayé Foster Bradshaw is a 50-something year old lover of poetry, lattes, and handmade pens. She can be reached at tayefosterbradshaw@outlook.com or found on Twitter @lattegriot. Come have a latte and talk about the world.