The sunny morning started with tear drops of sad news.

The St. Louis Missouri Police Department pulled over a young woman because the passenger looked at them as the car drove by.

There wasn't a traffic violation.

There was nothing but someone looking out of the window, something I do when my husband is driving, something my daughters do all the time. We are writers, observers of the world, the car window is our observation deck and reflection of daydreams, we just lay our head and stare.

This is how I imagine the scene.

This time, however, was different.

On the south side of St. Louis, one can not be young, black, female, and driving with her children in the car without the expectation of terror or death. 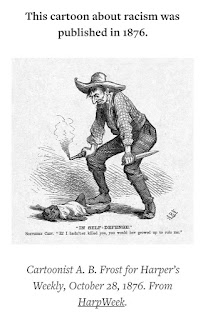 Two white police officers pulled them over, with guns drawn, approached the vehicle. They terrorized the family.  The babies started crying, the police aimed guns at them and told them to shut up.

How is a two year old and a four month old not going to respond in fear with scary white men in gear and guns aimed at them in their car seats?

I posted on my facebook page "you are not that afraid."

It is a rouse, this so-called fear they tout. The police are there to carry out the wishes of the white majority. I told them that also. If they were not so "scared" the police would not be carrying out the acts of state murder on little ones.

The babies did not lose their natural lives last night.

But they did lose their innocence.

And a bit of their spirit was dashed.

My twenty-nine-year-old son told me, "Mama, you will be surprised what children remember."

Those babies will not remember the details of February 28, 2016, but they will forever associate the feeling of sheer terror with those white men in blue uniforms. And that is just what they want. That is what is fueling the Donald Trump GOP success, the so-called fear and the cesspool of racism.

White women, you are responsible for this.

Just as surely as if the women in Kirkwood and Ladue and Chesterfield and Clayton and on Lindell Blvd had pulled the gun out of their MK bag themselves, they are responsible for murdering the spirit of black children.